Home Improvement 2015: What Is Trending This Year? 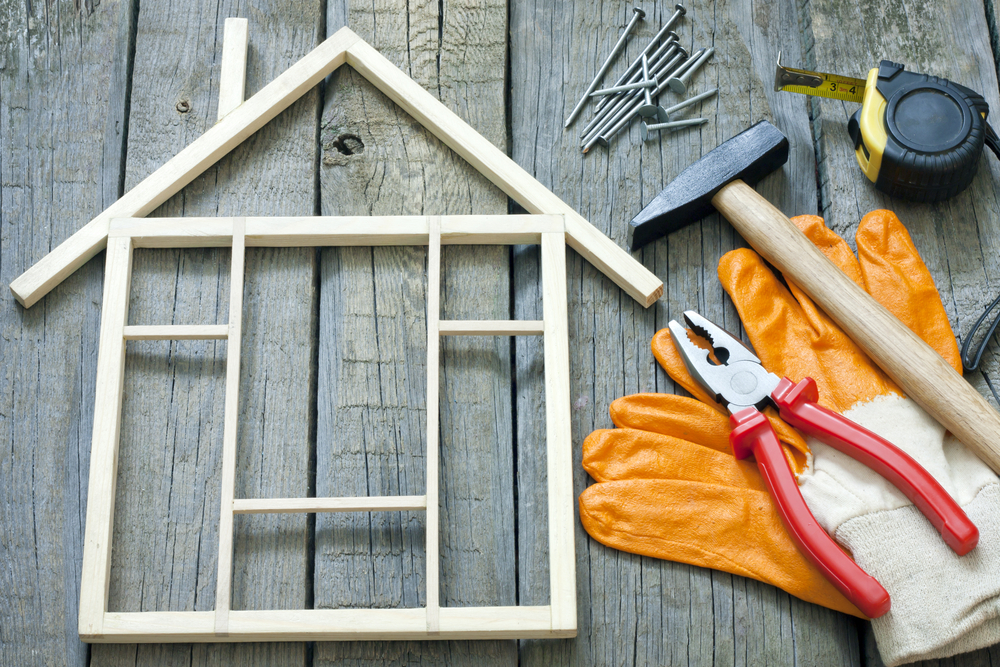 In the last months of 2014, many were predicting that 2015 was going to be a big year for home improvement. Estimates said that homeowners were planning to go big this year, with bathrooms and kitchens as the main candidates for remodeling. Almost two months have already passed and we now have the opportunity to take a look to the home improvement trends of 2015. Which ones are already catching on? What can we expect for the months to come? Let’s take a look at what experts think about and have shared with renowned site Angie’s List.

This isn’t precisely a new trend but on that comes and goes with time. People aren't moving as much as they used to, so they are betting big on remodeling and expanding the spaces they already have. Thus, everyone is willing to pay a little more for remodeling as long as the resulting home is bigger. But that doesn't mean that homes are expanding without a purpose. Homeowners are starting to value functionality as much as aesthetics, using the same space to build more rooms. In the end, it’s all about making the home more marketable.

In a post-modern design world, it seems that pretty much any combination is possible. But one in particular is already standing out among them. The first style that’s being mixed is the one that used to reign during the mid-20th century. In other words, we’re talking about casual furnishings and a carefree look in many rooms. Those rooms are crossed with the clean lines with harsh contrasts for which the minimalist modern style is known. Thus, the resulting combination has space and easy to live with but has some focal points to accent certain corners.

Although there’s still people that prefer to go with already-made alternatives, experts say that more and more homeowners are turning to custom-made kitchens. That’s because people are taking more into account that they’ll be using the kitchen on a daily basis, which means that comfort comes before a trendy aesthetic. However, it’s interesting to see that choices have pretty much stayed steady: stainless steel appliances, granite countertops and wooden cabinetry are still the rage.

Fortunately, the contractors’ worries on environment are now being transferred to the homeowners. Green remodeling is now a possibility that’s within reach of any budget. Thus, tube skylights, solar water heating, water wise landscaping and high efficiency HVAC systems can be thought of as priorities for any project. Besides, there’s a new trend called health conscious design which is imposing all kind of health safety products – we’re talking about touch-free faucets, ultraviolet water purification, carbon monoxide detectors and indoor air quality tech.

The bathroom is also one of the spaces that’s being targeted by homeowners as a candidate for remodeling. And in that regard, more and more people are leaving the tubs out of the equation. Once considered an almost-mandatory addition to any bathroom, the bathtubs are now being kept aside in favor of more accessibility. Their places are being taken by walk-in showers with large rain head faucets. Another material that’s being shown the exit is fiberglass, which is being replaced by tiles, especially in showers.

Finally, the future has arrived. The intelligent integrated systems to control practically anything in the house stopped being just a dream we saw from afar to become an amazing reality. People are now installing a centralized controller to regulate lights, sprinklers, HVAC, home security circuits, door locks and even entertainment appliances. It’s true that some of these technologies are still in raw stages of developments but bold early adopters will have a thrill with a trend that’s surely here to stay – and get better with time.

As you can see, there are lots of trends that promise a change for better. And that’s not only in terms of comfort but also about functionality and eco-friendliness throughout the house. In that sense, 2015 promises to be an exciting year that will make some serious changes in how people perceive their houses and their remodeling needs.

What is the Solar Tax Credit?
Treeium customers who purchase a home battery for in-home energy storage are eligible for the federal solar tax credit....
What is Utility API?
Treeium has partnered with Utility API, a data service for new energy. With this service, energy vendors and local gover...
5 Room Addition Tips You Should Consider
No matter how big your house is, adding a new room is always something to look for. A new addition can provide with much...
Covid-19 Update
To our valued Treeium customers and team, As businesses throughout the nation and world adjust to the impacts of COVID...
What is a Home Battery?
A home battery is in-home energy storage that is charged via renewable energy sources like solar, and can save homeowner...
What Are Interlocking Paving Stones?
Interlocking paving stones are a luxurious option for homeowners looking to increase the value of their home or simply e...